Incorporating Old World traditions into our modern lives poses a dilemma. As millennial Jewish parents, we try all sorts of tactics to get our kids “into” their heritage. We chant prayers to Disney tunes, we make Pinterest crafts for every Jewish holiday; we scour YouTube for the perfectly entertaining Hanukkah video—whatever it takes to strike a chord with our littlest members of the tribe. Pop culture seeps in everywhere to help relate biblical concepts into 21st century minds—instead of Esther and Mordechai in our Purim parade, it is a procession of PJ Masks and Zombie Princesses—but whatever gets the kids in the building. Injecting faith into our everyday lives provides even more of a challenge.

As mom of 3-year-old Merit, finding anything that pleases the tiny man is hard enough, let alone something religious. Then, one fine day, it finally happened: my real-world mom-life and my Jewish religion combined in a perfect storm of sunshine and rainbows, and little Merit stood at the center. One of the biggest milestones in any parent’s journey is potty training. There is discussion, begging and sometimes even bribery to get to that big day, the first day of big boy undies. One week after his third birthday, Merit, wearing his brand-new Paw Patrol underwear, ventured out of the house sans diaper for the first time to attend Tot Shabbat. Proudly, he announced his victory to the other kids, and then, one of the moms made an announcement that a Shehecheyanu was in order, that someone in the room was wearing underwear for the first time. He raised his hand so everyone would know that he was the man-of-the-hour. The room filled with voices, both big and small, singing the words to the beaming toddler. Although he was not aware of the meaning of the words, “Blessed are You Lord our God, Ruler of the Universe who has given us life, sustained us and allowed us to reach this day,” I, as the mom, was keenly aware of the significance. The traditional prayer is used to commemorate special occasions or firsts, to show thanks for new experiences. He was thrilled that everyone was celebrating and chanting because of him, and I was touched by the significance of the literal words of the prayer and also what they represent. I was forced to slow down my fast-paced life long enough to hear my community share this moment with my son. He was the proudest kid in the world for that moment in time, and the positive experience even convinced one of the other 3 year olds to ditch her diaper for big-kid underwear.

I grew up familiar with this prayer, hearing it on the first night of Hanukkah, or when the synagogue dedicated a new Torah, but integrating it into an extremely personal aspect of life was unexpected and wonderful. I am thankful to that mom for suggesting that idea and helping use Judaism to celebrate the wonderful “firsts” that can happen every day.

From small triumphs to larger milestones, I have been discovering more and more common ground between my contemporary life and my Jewish heritage. A couple of months ago, as social media exploded with graduation photos, in my house, Emma, a little preschool graduate, proudly put on her best pink dress (and her doll’s matching dress)—it was Graduation Shabbat! The high school, college and grad school honorees were given their mazel tovs and kudos, and then it was time for the proudest congregants to get their blessings. The preschool graduates were called up by name to the bima; the normally quiet Shabbat service erupted in cheers for the beaming children. They stood in a wiggly, disorganized clump next to the Ark, as only a group of 5 year olds can. They were each presented with their preschool capstone project, a tiny Torah. Crafted during the preschool program, “Gan Yom Rishon,” the kids used dry-cleaner hanger white cardboard bottoms, lots of glue and sparkly rhinestones to make the Torahs and Torah covers. Each Torah was adorned with a Yad affixed to a popsicle stick (The Yad was special because it was the child’s own handprint traced on a Shrinky Dinks sheet and baked in the oven). They stood in front of family and friends, clutching their treasured Torahs, as the Rabbi blessed them with the Priestly blessing on the completion of preschool. “The Lord bless you and protect you! The Lord deal kindly and graciously with you! The Lord bestow His favor upon you and grant you peace!” As a Jewish Day School graduate and attendee of numerous B’nai Mitzvot, I have heard this prayer many times, but none as tear-jerkingly striking as when it is directed at a bunch of tiny children with huge smiles. The parents, bubbes and zaydes were smiling through tears evoked by a mixture of past memories and future hopes. As our congregation does not allow photography on Shabbat, our youth director told us to enjoy the moment by being present and capturing the mental image. In an age of smartphones, it was hard to not snap this perfect picture of cuteness. I had to resist, but she was right; the experience is one I will never forget, and I saw it in real-life, not through my phone screen.

By hosting this special Shabbat, we were able to celebrate a seemingly small event in a very large way. A preschool graduation is not a major lifecycle happening, and Hallmark doesn’t make cards for it—but to Emma, it is a pretty big deal. And in a few weeks, with her curls neatly fluffed on top of her head, and shiny new lunchbox in hand, Emma will march off to her first day of Kindergarten, but not without first saying her Shehecheyanu prayer. 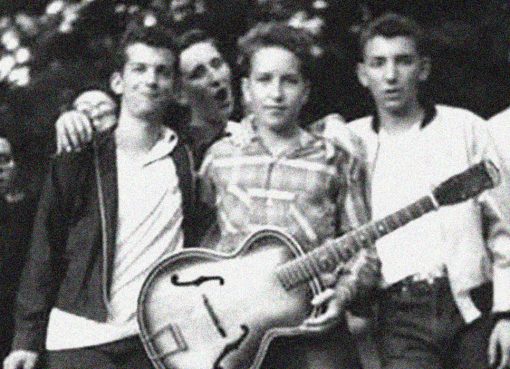 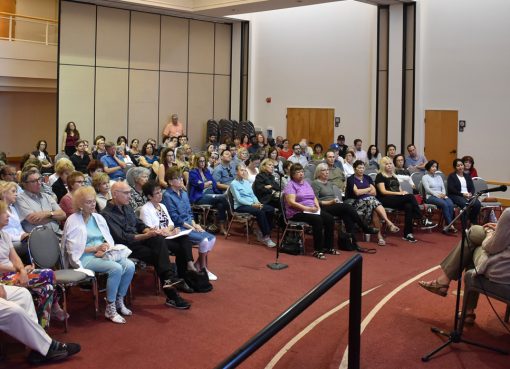 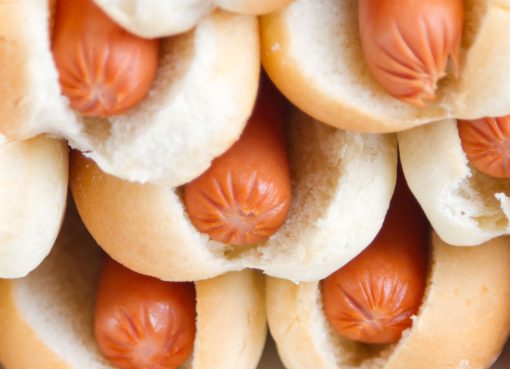