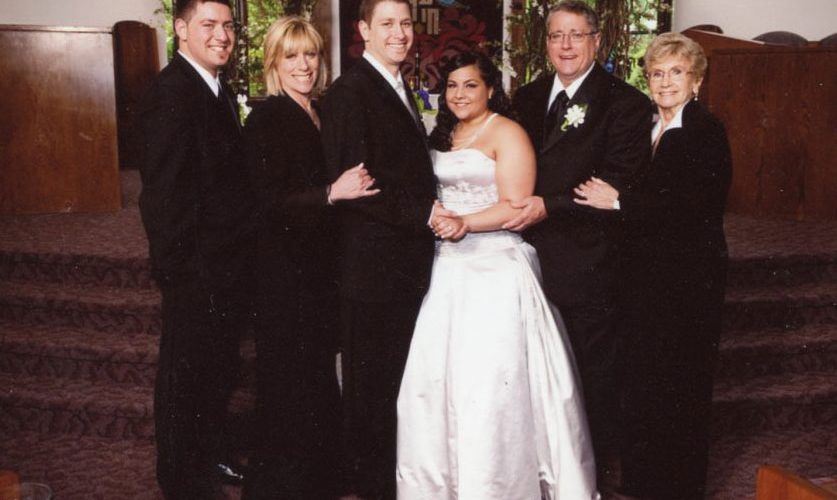 Seeing the sight of Israel slowly emerging from the mist on the horizon has remained deeply ingrained in Lee Lubarsky’s memory more than two decades after going on a six-week summer trip with USY in 1996 with other young Jews to Italy and Israel. The same goes for when he celebrated Shabbat next to Jerusalem’s landmark Montefiore Windmill and when they hiked along the iconic Masada Snake Path.

“The trip was my first time ever away from home, so it was an incredibly maturing and meaningful experience that enabled me to build my own Jewish identity,” Lee says. “I caught the bug really quickly that Israel was a place where I have people who are just like me and have other interests so similar to mine. It truly was a formidable experience.”

But little did the Peabody, Massachusetts, native know that joining him on the voyage would be a 16-year-old girl from Queens, New York, who would end up becoming his wife. 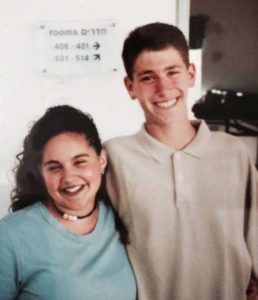 From Israel, with love

Neither Lee nor Lauren recalls exactly where they were when they first met on the 1996 USY Pilgrimage. The couple had a few friendly conversations and even took a photo together in Jerusalem, but the two went their separate ways after the trip concluded. “During the trip, we were really just friends and after it was over, I went back home to Queens and Lee went back to Massachusetts,” Lauren says.

The couple briefly re-united a year later in Boston during a mini reunion with those from the group, but more than seven years would pass before they would cross paths again.

Picking up where they left off

Before Instagram, Twitter and Facebook, there was Friendster, a social networking website created in 2002 that was used by people to discover music, post photos and more. Although the platform never saw the same success as its other counterparts, it was critical in helping re-connect the two former USYers.

“Social media was still so new during this time, so you sort of just ‘collected’ people you knew and asked them to be your friend,” Lauren says. “In 2004, I was living in New York City and ran into someone who was on the same USY summer experience. Together, we thought it would be great to reach out to people from the trip who were living in the area. I just so happened to see on Friendster that Lee had moved to Jersey City for graduate school, so I told him he should meet up with us.”

“He was the same person I knew before, just a little more mature”

Seven years is a long time to not be in contact with someone. When Lauren and Lee last met a year after their summer with USY, both were fresh out of high school, cell phones were just starting to gain popularity and computers were only in 36 percent of householders. Fast forward to 2004, and things were significantly different.

“When you first meet someone, there’s usually a period of getting to know who someone is, but for us, it wasn’t really the case since we already knew each other,” Lauren says. “Of course, we had to re-discover a bit about who we were since a lot changes from when you’re 16 to your early 20s, but we quickly realized that our core values hadn’t changed.”

It didn’t take long for the couple to discover that the biggest value they shared was their commitment to Judaism. As youths, Lee and Lauren both found it very meaningful to give back to their Jewish youth community. Lee held several leadership positions within USY while also serving on his chapter board, while Lauren was on USY’s Metropolitan New York regional board and served as a divisional president.

In turn, the two gained key skills they would carry with them throughout their careers. “When you’re a teen and are put in a leadership role, you start to understand the importance of organization, going to meetings and communicating with other people on the board,” Lauren says. “As a result, it always made me comfortable being in a leadership role.”

Once Lee received his bachelor’s degree in 2002, he worked as a youth director at Congregation B’nai Shalom, a conservative synagogue in Maryland, while Lauren worked as an advisor for the METNY region after she graduated in 2001. “We were always connected by our work, but not necessarily to each other,” Lee says. “Once we re-connected in 2004, it really came full circle.” 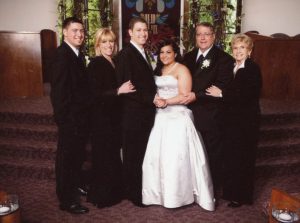 The two hit it off right away and before long, they were seeing each other on a regular basis. A little more than two years later, Lee and Lauren were engaged and married by 2009. “Both of us knew early on that this was the person we wanted to be with,” Lee says.

“When we first started dating, we both thought how weird it was to go from knowing each other, to being away for several years, to re-connecting in our 20s,” Lauren says. “But now looking back, we know several people who also met in USY and have made so many lifelong friends. In fact, one of our friends who lives in our neighborhood was in USY with me and now our kids are in Hebrew school together. It’s really a cycle that keeps going.” 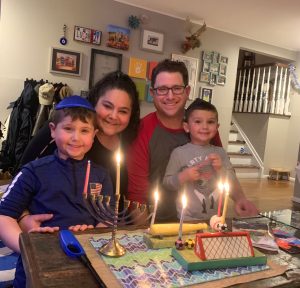 Passing down their Jewish values

Now residing in Plainview, New York, with their two sons, Max (7) and Drew (3), the Lubarsky family is extremely involved in their Jewish community and have worked hard to instill Jewish values and meaning in their children, notably tikkun olam.

“A couple years ago, I spearheaded a drive called Project Night Night, where we collected and passed out blankets, stuffed animals and bedtime stories to children in homeless shelters,” Lauren says. “I ended up connecting with people in USY and they helped me make the blankets so I could donate them. It was a great experience for me and for us to show our children how important it is to give to those in need.”

“USY was big for both of us and shaped how we developed today as not just people, but Jewish people,” Lee adds. “It was a driver for us achieving our Jewish identity and now we have the ability to provide these opportunities to our children in a robust Jewish community.”

Go on your own Israel pilgrimage with USY. 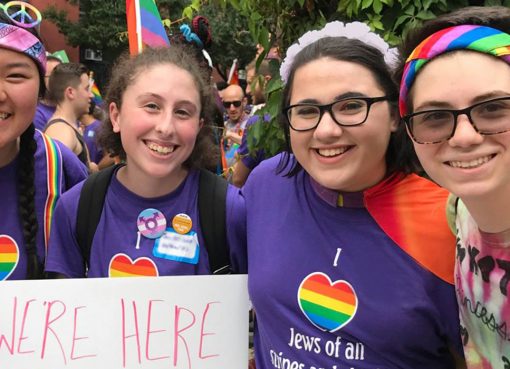 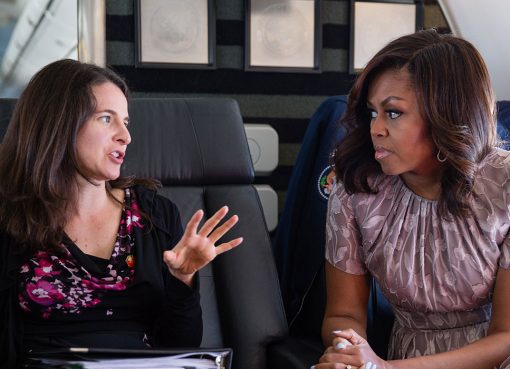 Obama Speechwriter Sarah Hurwitz on Her Jewish Journey of Rediscovery 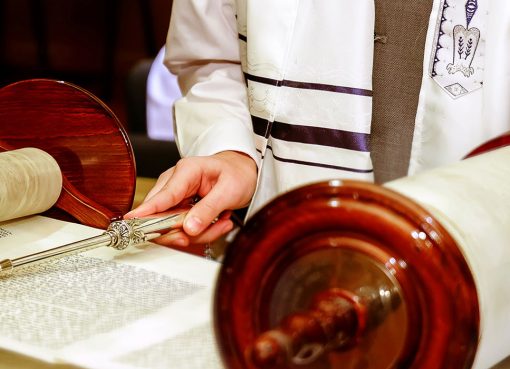 Questions Energize Our Pursuit of Truth